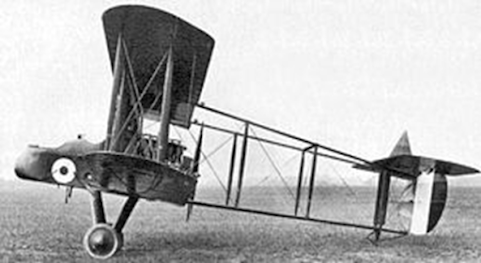 When I was a child, the adults around me were not sentimental about their wartime years. Or were they? They left me with the impression that the war carried a host of vivid memories, a time when they felt intensely alive. My intent here is not to celebrate war or speak to a longing for what they went through. I write only to share one man’s story.

Many family friends visited our home; my parents always referred to them as “uncle” or “auntie.” They were not relatives, but perhaps these family labels helped me feel more part of these friendships. They came over for drinks, for conversation, to play cards, and but most of all for friendship.

Uncle Percy was one of these visitors; he was much older than my parents, probably in his mid-50s. He was entirely ecumenical in his taste; whatever liquor was being poured, Percy graciously accepted with much laughter, always claiming that the drink, whatever it was, was his favourite.

Percy was especially revered by my mother for his humour, his charm and his prodigious storytelling. For my parents, Percy was an elder statesman. For me, he was the funny old man who told amazing stories. His visits brought on great laughter, more than a few drinks, and much conversation.

Unlike so many of his generation who had gone to war, he was a talker. After all, he had some stories to tell. Percy had been a pilot in the First World War.

Percy volunteered in 1917. He joined the Canadian Army, but early in his training, he was asked if he wanted to fly. At 20 years of age, there could only have been one answer; Percy started to train with the Royal Flying Corps, the precursor to the Royal Air Force, as soon as he got to Britain.

He was assigned to a squadron based in Belgium which flew a series of push biplanes that specialized in reconnaissance and bombing, the F.E.2b. It was an impossibly fragile-looking aircraft, really a giant mechanized dragonfly made of wood, canvas and wire with a 70 horsepower engine and a Vickers machine-gun. This biplane had an aircrew of two; a pilot and an observer who navigated and fired the gun.

The F. E. 2b had a propeller mounted behind the cockpit, hence the name push biplane. The advantage of this design was that the rear-mounted propeller gave the crew an unrestricted field of fire for their Vickers gun; the disadvantage was that the observer had to stand up in the cockpit to fire his gun. There was nothing holding him in the plane. No belts. No room for parachutes. There was a constant need for new observers.

As a reconnaissance aircraft, the F. E. 2b helped target artillery bombardments. Once airborne, the observer would spot enemy gun installations with binoculars, then write notes which he dropped over the side of the plane to radio operators in trenches behind the front lines. Those messages were then signalled to Allied artillery batteries via Morse code. There were no radios in the F.E.2b.

The average life expectancy of a new pilot arriving on the Western Front was three weeks. Percy somehow made it to the end of the war, almost a full year; he must have been a very good pilot. Telling stories to me, then a seven-year-old, Percy made flying biplanes in the First World War sound like a most exotic adventure. I heard nothing about horrendous crashes, nothing about losing friends, nothing about the profound terror of aerial combat, and nothing about the obscene butchery all around him.

His greatest fear was not the Kaiser’s fighter planes or anti-aircraft fire. No. His greatest fear was thunderstorms. Percy assured me that his bombing was entirely ineffective. The bombs were small canisters that his observer would pick up from the floor of the cockpit and drop over the side by hand. According to him, “We never hit anything. Anyway, we couldn’t really tell. There were no explosions. Those bombs were probably filled with apple jelly.”

After the war, Percy made regular trips back to Britain to visit his observer; they remained steadfast friends for life. I lost touch with him when I left home for school.

A few years ago, I found his name on a guest list for a First World War pilot’s reunion in Toronto in 1970. Percy never spoke of being terrified, or taking huge risks or why he survived when so many around him died. He never spoke of killing people. As a child, I never thought to ask him. What would he have said?

Bill Templeman
Peterborough, Ontario, Canada
My book, " Leadership Basics for Frontline Managers" was released by Taylor & Francis in March of 2014